See stand-up comedy the way it was always meant to be – unbridled, uncensored and delivered without apologies – by the funniest ‘cancelled comics’ you won’t see anywhere else, except in other Speakeasy Comedy Clubs.

Hosted within ‘out of the box’, pop-up venues – just like back in the days of the ‘rave’ scene – you won’t find out the address of the venue until the day of the gig, when you’ll receive an email with the details.

Universal Community Trust is providing its government-free jurisdiction for Speakeasy Comedy Clubs to open up in 22 locations nationwide, where free speech is mandatory and virtue-signalling comics are banned.

“On 23rd April 2022, at the very first Speakeasy Comedy Club, I performed stand-up for the first time since 2007, with another three of the best ‘cancelled comics’ that money can’t buy anywhere else – because they have been blacklisted, just like I was thirty years ago, for doing nothing more than telling jokes which challenged the politically correct narrative, which then became mandatory in every club on the circuit.

Speakeasy Comedy Club is therefore an equal and opposite reaction to the ‘wokism’ that has all but destroyed stand-up comedy.” 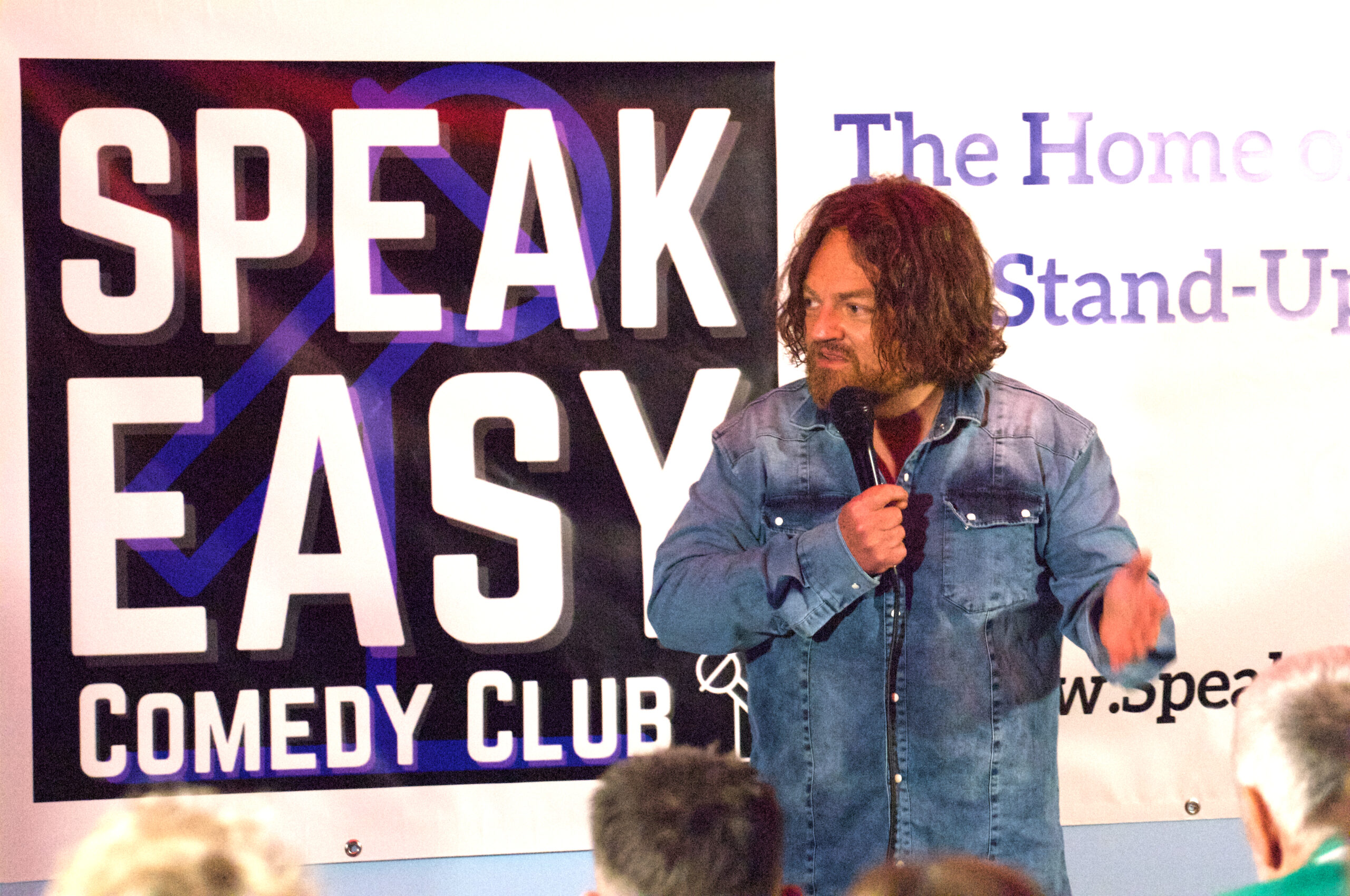 Just some of what our appreciative audience said after our first show.

“Please convey my sincerest congratulations to Michael and Co for an absolutely wonderful evening of high grade real comedy. Given tonight’s performances I have no doubt that subsequent shows will be successful.”

“Thank you so much for an incredible evening. The whole experience was brilliant from the venue to the comedians who were top notch. I’m looking forward to the next event.”

“Amazing evening – thank you to all involved. Uplifting, hilarious and relaxed – a much needed tonic to cut through the insanity that appears to be pouring into society. Looking forward to the next one!” 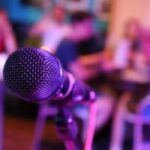 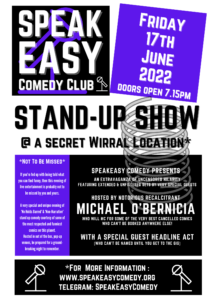 An Extravaganza of Uncensored Hilarity at a Secret Wirral Venue…

Another instalment of ‘Snowflake Free’ comedy, with some of the best ‘cancelled comics’ of all time. Michael O’Bernicia will MC at this out-of-the-box, extraordinarily funny event at a secret location in Wirral, Merseyside. Tickets £15 donation.

An Extravaganza of Uncensored Hilarity at a Secret Caerphilly Venue…

Yet another hilarious show with more of the most respected ‘cancelled comics’, again MC’d by the notorious recalcitrant Michael O’Bernicia. Tickets £15 donation. 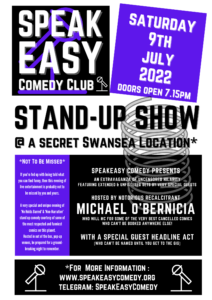 An Extravaganza of Uncensored Hilarity at a Secret Swansea Venue…

More top-drawer comedy with some of the most respected ‘cancelled comics’, again MC’d by the notorious recalcitrant Michael O’Bernicia. Tickets £15 donation. 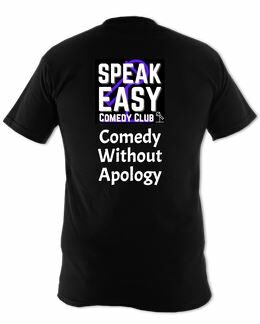 Our aim is to provide spectacular occasions of unbridled mirth, merriment and melting snowflakes!

“The night was one of the most enjoyable since this damn plandemic started.

Excellent hosts of the venue. A real personal touch and down to earth – not a snowflake in sight. So welcoming and ‘normal’.

The acts were great and lovely to be able to laugh about the whole experience, but also a more mature and intelligent understanding of the psychology of what they’ve been doing to people who allow and promote it – I appreciated that.

Just the best event I’ve been to for 4+ years. So thank you so showing us there is a spark of greatness in comedy that is going to come back stronger than ever before with some great intelligence behind it and some great humour to help heal the horror that’s built over the last 20 years!”

Get the latest updates on shows, comics and reviews. 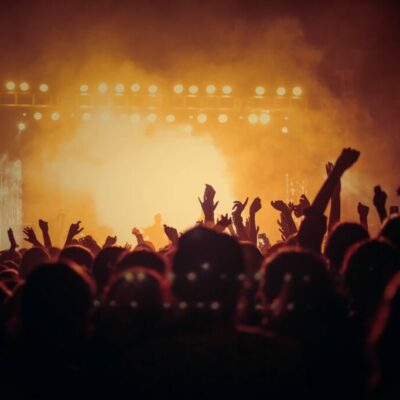